Wilson & Scott Highways Ltd have been successful in being awarded the contract for 40 Arriva bus depots across country with the focus around London and the South Midlands. This contract is an opportunity for Wilson & Scott to demonstrate their professionalism towards Health & Safety in providing standardised line markings across all sites to ensure group conformity as well as being able to re-line the parking bays to revitalise their appearance. I went out to one of the sites to meet the Team, here was my time watching the operations in action at the Luton depot.

Arriving bright and early on a mid-week, October, morning, I was greeted by Sam, Chris, Andy and Damo, the operatives working on site at the Arriva Luton depot that day. The guys are all very hard working and started the day with good spirits and motivation. As the morning progressed the Team had to overcome some obstacles and dynamically assess the situation to allow works to progress to the tight schedule already defined. Their approach to the situation allowed them to swiftly identify and agree a solution which helped them continue with the tasks in-hand. No matter what was thrown at them, the lads all took it on the chin and continued pushing forwards.

Sam, who was the site supervisor, walked me through the works that were going to be carried out at the depot, as well as some more information surrounding the wider project. There were two teams working at the Luton site I visited, a team from London, and the team supervised by Sam, who are from Devon. The Devon guys have only recently been put together, although individually they have a lot of experience in line marking, yet the sense of camaraderie between them already is very strong.

Whilst there, I witnessed several processes taking place. Hydro blasting was being used to cleanse the bays before marking commenced. This is the first time that this process has been used in this way on any of the Arriva sites, and it was employed to remove the large build-up of oil and debris in the bays. Moreover, the teams would be using different paints in Luton, as the car park is bricked instead of tarmacked. As the blocks move over time, a slightly rubberised paint must be used to counteract this and avoid cracking, true to the innovative way in which Wilson & Scott think and operate.

“A race until the first frost“

Overall, the company is currently halfway through the awarded tender but at this time of year, foul weather is beginning to cause further complications. Our operatives cannot put down lines in wet weather and once temperatures drop below freezing, Arriva’s winter resilience programme comes into force, with gritting starting in their depots, which brings all work to a halt. The grit causes a chemical reaction with the paint, amongst other things, which is why our work will stop. There are still some indoor works left to complete, 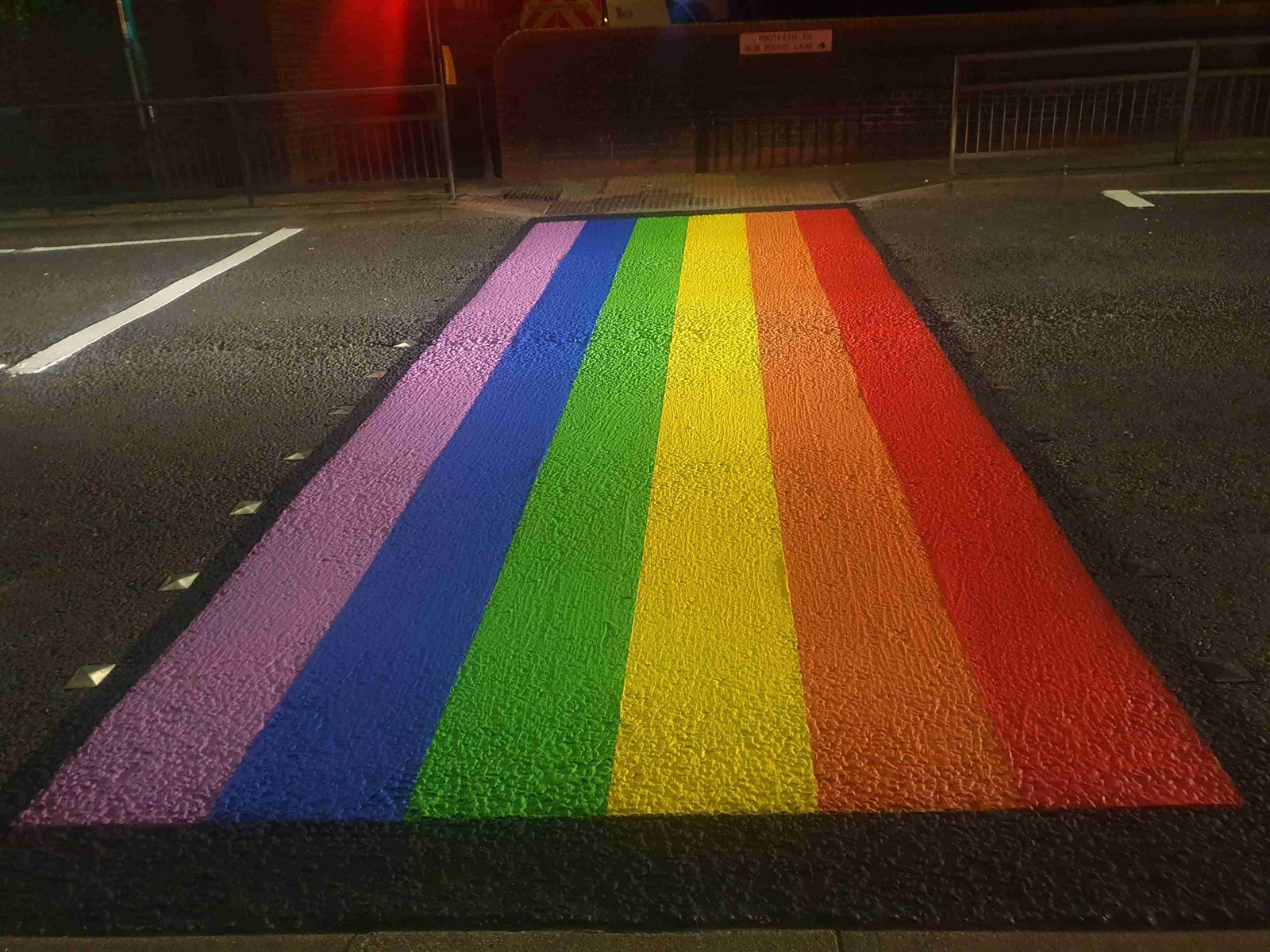 At Wilson & Scott, we pride ourselves on being an inclusive and conscientious company, with a diverse workforce; therefore, we welcome any opportunity to bring communities together through the work that we do.

During this year’s pride month, our team laid down a rainbow pedestrian crossing for Surrey County Council.

Bespoke jobs and intricate work is what our operatives excel in, and, as you can see, the results really do speak for themselves. By using industry leading materials and our mobile technology, we can deliver projects like this quickly and efficiently, whilst working in accordance with all the ISO certifications that we have been awarded.

If you are around the Godalming area, and haven’t already seen this technicolour wonder, be sure to cross over at Flambard Way to have a look at what Wilson & Scott has to offer.

Here is what the Executive Director for Environment Transport and Infrastructure, Katie Stewart, at Surrey County Council had to say: “This [the crossing] is amazing – and fabulous work!  Thank you for all the energy and effort that went into making this possible” 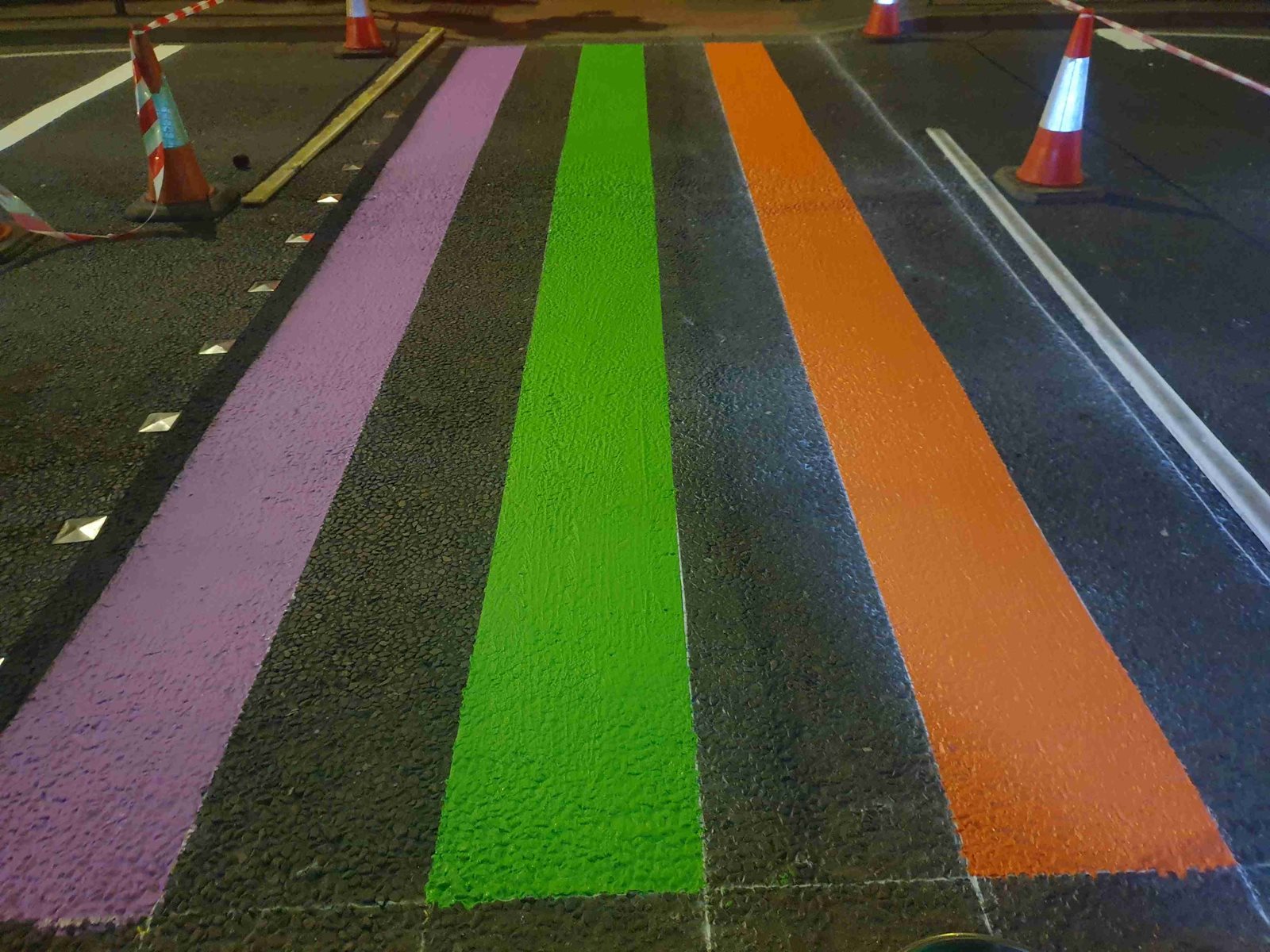 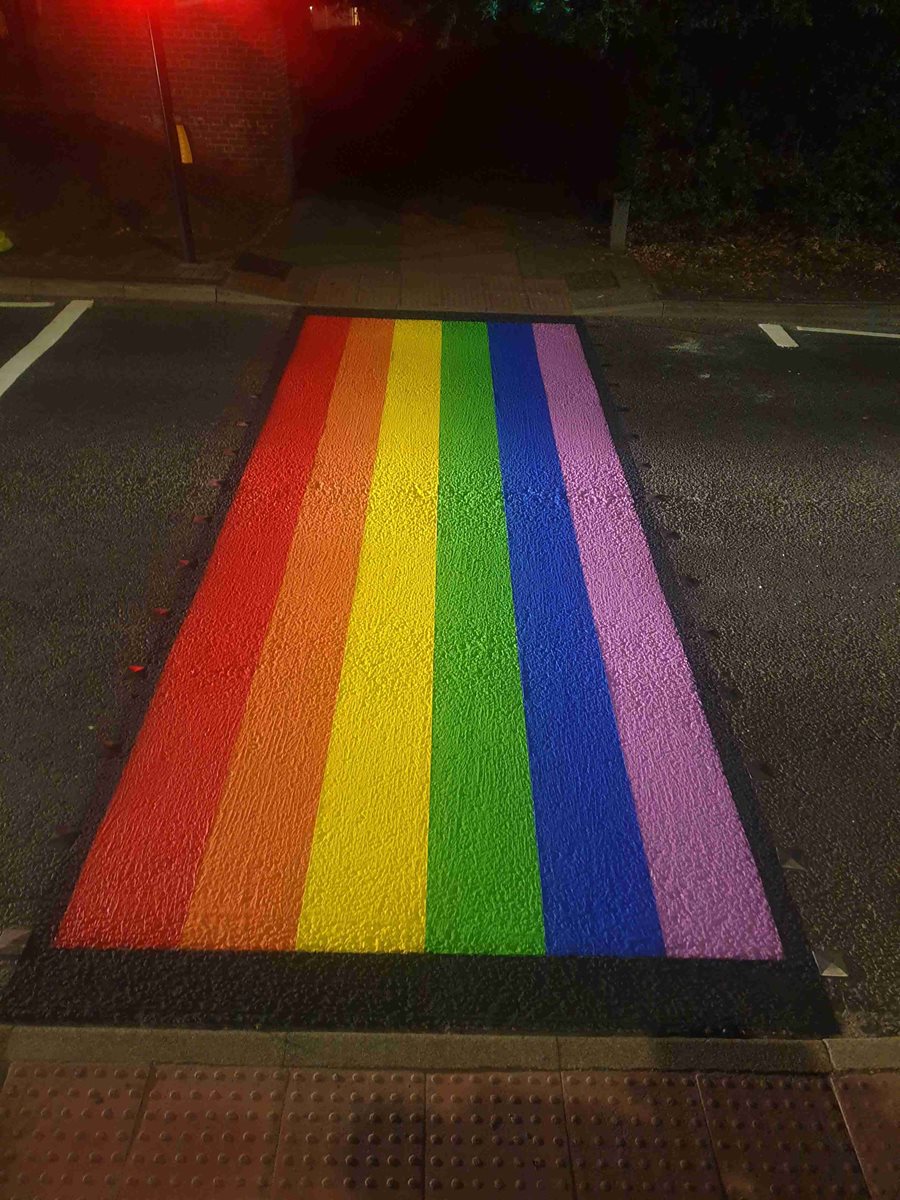